The influence of culture on print graphic design: An investigation / research of Beijing 2008 and London 2012 Olympic Games graphic designs 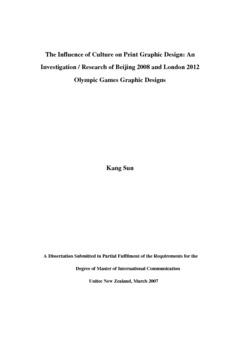