Fashion, architecture and the urban environment : the parallel relationships between fashion and architecture 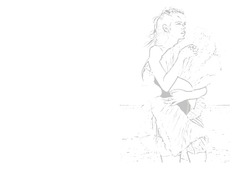 Barzandeh, M. (2010). Fashion, architecture and the urban environment: The parallel relationships between fashion and architecture. An unpublished research project submitted in partial fulfilment of the requirements for the degree of Master of Architecture, Unitec Institute of Technology.

How may pleating, folding and layering techniques often used in fashion design to create ‘structural’ garments, be used as an approach to both structure and façade in a large‐scale, waterfront architectural intervention in Wynyard Quarter? This research project develops a design for a fashion institute, in a manner which acknowledges the ever‐changing nature of clothing fashion, the façade of fashion design and how it can not only be linked to architecture as an aesthetic principle, but with a functional and spatial aspect of design. The project aims not only to successfully resolve the functional, formal and technological issues of this particular brief, but to also propose an urban and architectural design strategy that can be applied to similar sites around Auckland. The uniquely shaped city waterfront site is one of the most interesting and predominant sites in the whole Wynyard Quarter area. Its neighbouring businesses currently include the Auckland Fish Market, marine businesses and various bars and cafés. An initial study determined the future development of the site in its context and from an urban perspective. The selected site on the city waterfront is quite prominent and has been already master planned in a manner that predetermines an expressive footprint and important public open spaces all around. The main features of the proposal are a large entry staircase as the main social space, the cascading atrium leading up to the rooftop exhibition space and the folded façade. This approach goes beyond the aesthetic side of architecture and engages also the functional and structural aspect of architectural design.