The changing face of local egovernment in New Zealand 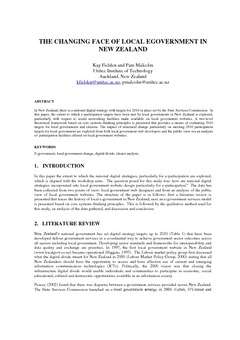