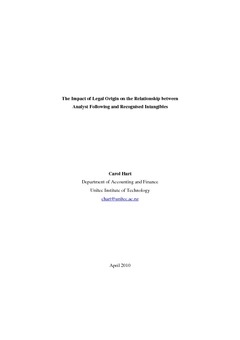 Hart, C. (2010). The impact of legal origin on the relationship between analyst following and recognised intangibles. In Proceedings of the 2010 AFAANZ Conference, Christchurch. Retrieved from http://www.afaanz.org/openconf/2010/openconf.php