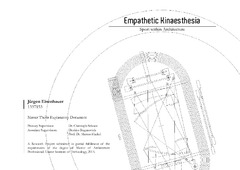 RESEARCH QUESTIONS: Is Auckland able to provide architectural solutions that enable the city to host the Olympic Games How can urban planning and design assist in Auckland plausibly hosting an Olympic Games? Auckland would be an obvious choice as a host city within New Zealand. It has previously hosted two Commonwealth Games, the Asia Pacific Games, the World Masters Games, the 2012 Triathlon World Championships as well as both of the semifinals, the bronze final and final of the 2011 IRB Rugby World Cup. Auckland recently looked at putting in a bid to host the 2018 Commonwealth Games and former mayor, John Banks even hinted at possibly bidding to host the 2020 Olympic Games. The other aspect this Olympic stadium could provide for Auckland is an iconic architectural landmark as well as stepping beyond simply being a building, but also integrating itself into the surrounding context and community, creating job opportunities and being a much needed new high performance venue in Auckland.The project is clearly divided into two parts; the first (chapters 1-2) dealing with the site and masterplanning of the Auckland Olympic Park, whilst the latter (chapters 3-5) deals with a particular chosen facility, the Auckland Olympic Stadium. How [willl] the new facilities will be used after the Games. Legacy is an ever expanding term associated with large scale sporting events. SITE: Manager Inlet.