The acquisition and maintenance of dogs’ aversion responses to kiwi (Apteryx spp.) training stimuli across time and locations 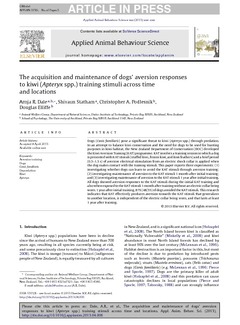