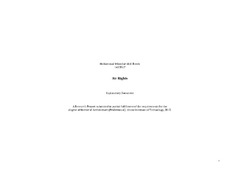 Razak, M.I.A. (2015). Air rights. Explanatory document. An unpublished research project submitted in partial fulfillment of the requirements for the degree of Master of Architecture (Professional), Unitec Institute of Technology.

This paper researches the history of the Transfer of Development Rights (TDR), a phenomenon of legal property understanding and city planning policy, which began in New York City and evolved into application in cities globally. Proposed are two building types which have emerged from the private application of TDR in New York City. These types, described as the Point Tower and the Cantilevered Building, exist as recent building phenomena. The paper also surveys a public, New York City Council-lead TDR scheme, the Special West Chelsea Transfer District (SWC) and the ability of the scheme’s regulations to create these two building types. In recognition of the debilitating affects of the Point Tower to the infrastructure and habitability of cities, this paper, proposes potentials for the Cantilevered building, as a counterpoint-type within city planning, urban design and architecture. Utilizing a prior experiment in New York City on alternate city planning grids performed by Sir Leslie Martin in his 1972 paper, “The Grid as Generator,” proposed is an alternate grid laid over the existing New York City blocks as a base from which the city blocks can develop with TDR. The overlay is proposed to enable better planning efficiency, sunlight penetration and as well to internalize public environments within city blocks at varying levels, by utilizing Cantilevered Building– type architectural form. The research finally reviews the allowable density and its possible distribution in a square kilometer of downtown Auckland in respects to the policy and regulation prescription under the Draft Proposed Auckland Unitary Plan (PAUP) 2014. A new overlay grid is then proposed enforced by raised pedestrian paths at varying levels, in which available development area may be redistributed utilizing TDR to achieve the effects, as in the case of New York. The final proposition is a Cantilevered building in downtown Auckland which displays the potentials of the building type in the improvement of the public urban environment of the city. Project site: Downtown Auckland area comprising the Britomart Precinct, a part of the Queen Street Valley, Quay Park, Albert Park and the Learning Quarter. The area is approximately 750m by 750m and is bounded by Quay Street to the North, Victoria Street to the South, Hobson Street to the West and Princes Street to the East.