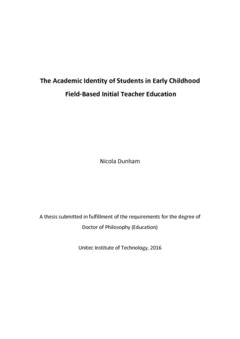 Dunham, N. (2016). The academic identity of students in early childhood field-based initial teacher education. An unpublished thesis submitted in fulfillment of the requirements for the degree of Doctor of Philosophy (Education), Unitec Institute of Technology.