'What are you waiting for, Diggers?' : the ANZAC image in Commando comics 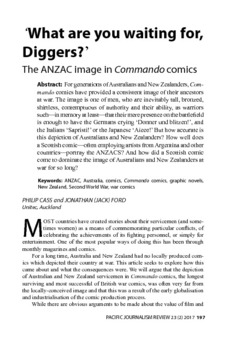