Musical education at the Dengzhou Boys' School and the work of Julia B. Mateer 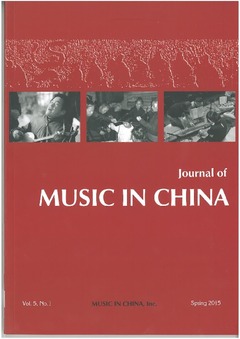 The education of Chinese students in mission schools, particularly that which oc­curred at Chinese boarding schools during the latter part of the mid-nineteenth century through the early twentieth century, has been covered extensively in many studies. However, these works mention little about the musical education of Chinese students. The goal of schools run by Protestant missionaries was, on the whole, to aid the missionary enterprise by bringing a curriculum that seldom correlated Chinese studies but promoted Christianity, science and technology. As a result, native customs, including native music, were not encouraged on boarding school campuses. Students at these boarding schools learned Western music through general music classes and through extra-curriculum activities such as band, glee and, in some cases, orchestra programmes. One missionary-run boarding school, however, did break free from this general mode of musical education by actively encouraging its Chinese students to collect and sing their native tunes and incorporate them into its teaching texts. This school was Dengzhou Boys' School (Dengzhou mengyang xuetang) in Shandong.