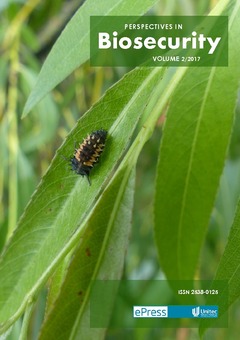 New Zealand has stringent biosecurity measures to prevent and manage the invasion of new organisms, many of which have harmful effects on human health, wealth and culture, or the natural environment. However, public resistance to control methods, or a lack of awareness of the impacts of invasive species, can act to prevent effective management of the risks. Art has a role in promoting conversation and debate about controversial issues. The premise of Alien Nation is to use scientific data and modelling to predict possible future invasion scenarios for selected plant and animal species, and to then use art to depict and explore these scenarios in a way that challenges perception. The first species to be modelled is the Queensland fruit fly (Bractocera tryoni), and its potential interaction with taraire (Beilschmiedia tarairi), a New Zealand native tree species. Modelling shows that there is a high likelihood of the Queensland fruit fly spreading widely in New Zealand and coming into contact with taraire forests. Based on what is already known of the impacts of the Queensland fruit fly on the fruits of a range of species, and of the ecology of taraire, it is likely that the consequences for taraire and its broader ecosystem would be severe. The watercolour painting Fly in the Ointment explores this scenario, a scene that does not and may never exist. The painting requires the viewer to see the impacts of a possible invasion on native biodiversity, an examination through the lens of cultural rather than fiscal currency