"Sewing the seed" : an urban farming education centre in Orakei 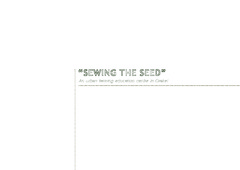 Gillies, S. (2017). "Sewing the seed" : an urban farming education centre in Orakei. An unpublished research project submitted in partial fulfillment of the requirements for the degree of Master of Architecture (Professional), Unitec Institute of Technology, New Zealand.

RESEARCH QUESTION: How can we use selected architectural typologies to reconnect people with the educational value of natural food production? New Zealand’s population has been and is continuing to grow at an ever-increasing rate. As a nation, we are moving into a future of urban city living and have in the process developed a disconnect between the traditional aspects of natural food production and our communities. The alarming factor here is that many people today are somewhat or completely unaware of where their food is coming from and see urban city living and food production as two separate entities. For baby boomers, it is common to have grown up within a rural setting, on farms or in small communities. These environments provided a natural understanding of food production from the core, as well as understanding of crops and the ‘circle of life’. We as the current generation moving into the future, no longer have such a direct association with food production. As a result, we have become out of touch with the basics; where our food comes from and how it ends up on the supermarket shelves and our own plates. This shift and lack of education cannot be blamed on the current generation but the decisions from this point will either shorten the gap or create a larger divide. This project ‘Sewing the Seed’ will explore the concept of urban farming through multiple architectural typologies, with the intention of creating an educational environment. This project is not an ‘Urban farm’ or solely a ‘school’ either, but instead a building complex proposing itself as a centre of education for urban farming, that aims to educate citizens on topics of ecology, planting, growing, harvesting, cooking and consuming (seed to plate) through participation and observation. The intention of this approach is to reintroduce the concept of combining cities and farming on a necessary and realistic level, to ultimately prove the concept can have a positive impact within our urban environments.