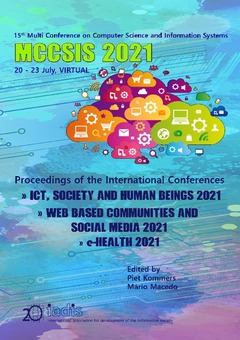 During the past two decades, the United Nations Department of Economic and Social Affairs (UN DESA) published series of reports. Each report presents global survey results that measure e-government development in the 193 UN Member States. The surveys are intended to periodically assess e-government development progress in each of the UN Member States. One of the critical e-government development indicators used in these reports is the E-Government Development Index (EGDI). This quantitative study compares and contrasts the EGDI results (and its principal components indicators) during the past ten years. The study compares the recent two e-government survey results (2018 and 2020) with the (2008 and 2010) results using correlations analysis and cluster analysis. The comparison is performed to achieve two main objectives: first, to measure the degree of EGDI indicators association during the past ten years and detect any significant changes in the overall Member States ranking during the same period. Second, to measure the degree of variation in cluster memberships. The study results show that there is a strong correlation between EGDI scores during the study period. Also, the results show minor changes in cluster membership, indicating that despite the apparent EGDI overall improvements for almost every UN Member State, the situation remains as before. The finds of this study will be of interest to both e-government academics and practitioners

This work is licensed under a Creative Commons Attribution-NonCommercial 4.0 International License.